Previously she spent two years at the County of Nassau Housing Unit developing the Employment Assistance Resource Network. She also worked as a marketing professional in the financial industry. Valentina’s spent over ten years at CMP Media as an Administrative Operations Manager.  It was during her tenure that her aspirations to be an author began, working along such a skilled editorial team.  Prior to CMP, Valentina worked in corporate management at Compaq Computer-Hewlett Packard. Her career spans over decades starting with Vernitron Corporation, as a representative for investor relations.

Valentina Janek, Author of In Love & Friendship, and From Fired to Freedom,  is the President & Founder of the Long Island Breakfast Club, launched I 2008, an organization providing referrals for small, medium, and large business owners, positivity, advocacy, support, career counseling for middle-income midlife jobseekers, business networking, social-preneuring, and advocacy tips.  She also enjoys spending time with high school and college students as a mentor, in the LIBC ambassador program teaching hands on projects and skills about how giving back to communities through volunteering is important and rewarding.  As part of the reward in the club, most recently an added value spending time with individuals with the auspices of wanting to write books, she is now a significant  part of Red Penguin Publishing as a founder with Stephanie Larkin, with the Long Island Writers Club which launched in 2019,  and recently celebrated 50 shows on  the Long Island Breakfast Club Show on Govsradio in 2020.

Valentina is a social-preneur, networker, activist, leader, media professional promoting paying it forward on Long Island working on different and unique projects.  A very powerful and strong woman who believes in the good old fashioned back to basic principles of life.  Her big world includes a plethora of wonderful family, a committed circle of friends, dedicated members of the Long Island Breakfast Club and many writers who contributed their stories to this book.  Valentina stays motivated but getting involved with many communities.  As as a member of The Sons of Italy Women’s Division Lodge 2344A in Lynbrook, she continues to be a vibrant member of the Italian culture.

Ms. Janek is frequently called upon with regard to her community outreach experience on Long Island.  Janek was a featured guest most recently on Fox Five News, on The Anderson Cooper Show on CNN Series, CBS News, Channel 12 News, the God Squad, Jobline, Cablevision’s Our Town Series, Hometown and several local radio stations discussing the current turbulent times for professionals during their careers.  Valentina is sought out as a facilitator and inspirational speaker at schools, universities, community organizations and professional businesses.

An “It Girl” is an attractive young woman, generally a celebrity, who is perceived to have both sex appeal and a personality that is especially engaging. The expression it girl originated in British upper-class society around the turn of the 20th century. It reached global attention in 1927, with the popularity of the Paramount Studio Film It, starring Clara Bow. In the earlier usage, a woman was especially perceived as an It girl if she had achieved a high level of popularity without flaunting her sexuality. Today the term is used more to apply simply to fame and beauty.

As that old saying goes, “Today is the first day of the rest of my life.” Why? I was just given another fortuitous opportunity to work with BOLD Magazine. I take this as a sign that my lifelong desire to communicate will continue. In the past few months, I have shared my stories with many individuals who have crossed some monumental barriers for a number of different reasons. Some have had issues with their age and lost jobs, others have had a crisis with their health, some feel discriminated against because of their size, and I can go on and on with other examples. I take this opportunity with Christopher Saluti at BOLD Magazine as yet another stepping stone at the ripe old age of 66! Thirteen years ago, after losing my job in the tech media niche of corporate America, I had a major change in my life. I needed to reinvent myself using the experience I had garnered over the years and had to compensate for the fact that I was no longer in my prime professionally. Some days were difficult but one thing we can all relate to is that you sometimes have to make lemonade out of lemons. Besides having a positive attitude, sharing with others was enlightening – from storytelling, interview scenarios, and volunteer opportunities. It is important to network with like-minded individuals. It can be restorative to your health, frame-of-mind, and career. For me, it opened my world to a plethora of people, places, and things. It changed my future and it can change yours. Your story can wind up healing your own issues, but at the same time give permission to others to acknowledge their own. As a result of this mindset, and the treasured individuals who became part of the Long Island Breakfast Club, “From Fired to Freedom” became a reality for me. Even though you did get that big bad boot, you can survive and you will. My favorite mantra is “Get Up, Get Dressed, Show Up!” Believe me, there were days when I thought it was time to make the donuts, but keeping involved, getting up, getting dressed, and showing up was the best daily medicine I could have received. And I still prescribe to that today! I look forward to sharing questions, stories, advice on many different subjects relating to your career, your fears, and your willingness to explore at any age. What are your thoughts? 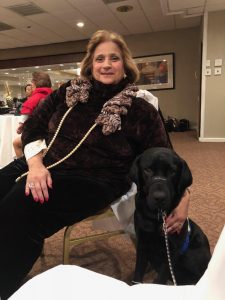